Blink and You’ll Miss It: Intuitive Thought, Decision and Action

A Student of Intuitive Thought

David Brooks is a columnist for the New York Times, and (in my opinion) an acute social and political observer. He is not an academic, but is very well read in psychology and sociology. He wrote a book in 2011 called The Social Animal which deals in part with the role of subconscious mental processes in decision making and intuitive thought. This is a fascinating area of emerging science, and not without controversy.

That same year, Brooks gave a talk in front of a panel at Harvard, and opened himself to criticism. I’m going to take that talk and discussion as a starting point. It’s not necessary to watch the whole session to follow the thesis, but I’m including it for reference.

As far as I can remember, there has always been a fascination about unconscious processes and intuitive thought. I remember self-help product commercials from the late eighties that would use the power of “subliminal communication” to speak directly to your unconscious mind. Fundamentally we all understand that the brain holds mysterious processes yielding incredible creative and intuitive results; everything from a poet’s sudden inspiration in the middle of the night to a second baseman’s flawless turn of a 6-4-3 double play.

For mainstream readers, this fascination culminated in Malcolm Gladwell‘s book Blink, which further detailed the seemingly limitless intelligence of intuitive thought. After closing that book, one is left with the sense that many problems would be solved by trusting our unconscious impulses at the expense of rational decision making. You can see how, for many, this could be an incredibly seductive thought.

Brooks shares this fascination with unconscious mental processes, although he makes finer distinctions. His interest in the subject came from his political observations, where he noticed that policymakers and economists tend to assume that humans are thoroughly rational actors, and legislate accordingly. His thesis is that we need to better understand and appreciate our unconscious mental processes, which seem also to be very intelligent and might add a context and richness missing from policy and cultural discussion. 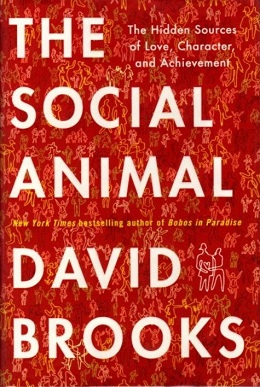 He notes, for example, that humans tend to emphasize things that can be measured: test scores, income, performance indicators, etc. We therefore, he says, have a rich vocabulary for discussing the tangible. We are much worse at articulating that which is based on the intangible: emotional health, character aspects, biases, and other abstractions that are based in emotion or intuitive thought. He argues that our emotions (an intuitive process), far from acting against reason as the classicists thought, are part of our advanced mental apparatus for ascribing meaning and value, and therefore an integral part of rational decision making. We therefore lose a great deal when we marginalize the roles of emotion and intuition.

[ Read: The Social Animal (Opens in a new tab)]

Brooks’ argument is interesting, and I would like to begin my commentary by sharing what I believe to be the best first principles of psychology. In a way, I am lucky that I haven’t been exploring the field for all that long, because we are typically most influenced by the thoughts that we absorb early on, and I had the great good fortune to start this blog right about the time that Daniel Kahneman published his excellent research retrospective Thinking, Fast and Slow.

I can’t believe I’ve written a psychology blog for this many years and have not highlighted this book. On could argue that in all of psychology, few researchers’ work has held up better and been more influential that Kahneman’s (along with his late research partner Amos Tversky). In my opinion, all discussion on human choice and rational thought should begin with Kahneman’s principles, which are expertly summarized in Thinking, Fast and Slow.

Kahneman proposes that our brain uses two separate and complementary systems to evaluate the world and make decisions: “System 1,” which represents instantaneous, associative, non-deliberate thought, and “System 2,” which represents effortful mental calculation. He differentiates these two systems with a simple example: if you are asked what is two plus two, you will spit out the answer with such ease as to be barely noticeable. If, however, you are asked what is 24 times 17, your answer will not be instant. Several things will happen: you will look slightly away, your pupils will dilate, and you will consume mental energy in the form of glucosamine stores in the brain. This physiological difference is the demarcation between System 1 and System 2.

The conclusions brought about through the interaction of System 1 and System 2 are fallible and subject to biases. For example, there is a famous optical illusion involving a drawing of two line segments that have arrows on either end. In one case the arrows are pointing out and in the other case, the arrows are pointing in. This gives the effect that one segment looks longer than the other, when they are actually the same length. In this case, the intuitive answer would be wrong – caused by a bias – and it would take a much harder and more deliberate proactive look at the drawing to see the correct answer.

[ Read: Where Genius Comes From (Opens in a new tab)]

When Can We Trust Our Intuitions?

Kahnman’s conclusions on intuition are interesting. There are certain cases where our intuition serves us well, but those only seem to be the cases where we have seen the same circumstances many times before. Chess masters, for example, have an intuitive grasp of their game. They have been playing for so long, they might not be able to articulate how they know where to move their pieces. They are so advanced that they just make the move. It seemingly springs from them. Similarly, there are reports of soldiers returning from Iraq who have a mysterious talent of predicting very accurately whether an IED is hiding along a stretch of road. They simply report a certain cold feeling. 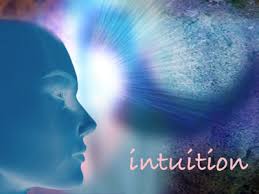 The reason that intuition serves its masters well in both these cases has to do with how much previous experience they’ve had under the same circumstances. System 2 has the ability to train System 1’s associative power over time. This is covered more deeply in a previous article on how we get “in our heads.” Whenever we train to perform a task whether it’s at the piano or at second base, System 1 (the associative system) is taking in way more information that that of which System 2 (the deliberate system) is consciously aware. This is what allows a trustable gut instinct to develop over time.

Back to our discussion of David Brooks. In my mind, Brooks, Gladwell, and really all of us get bogged down in the distinction between the conscious and unconscious mind. The reason is that the “unconscious world” is full of mystery. We get fascinated by the fact that such complex processes can go on without our being aware. But this is not the important distinction. The important distinction in how the systems of the brain function, and is defined by the physiological differences between deliberate calculation and everything else. This distinction leads to a more correct understanding of the functioning of reason, and therefore to the correct understanding of biases.

You can see this mismatch a little bit when Brooks actually interviewed Kahneman (of whom Brooks is actually a great admirer). Note in this video that interviewer and interviewee never really connect. Brooks gets hung up on his preexisting emphasis on conscious versus unconscious processes, and doesn’t really engage Kahneman on Kahneman’s ground. He has some whopper misstatements that Kahneman seems annoyed to have to correct:

David Brooks Speaks with Daniel Kahneman from The Graduate Center, CUNY on FORA.tv

Those who criticized Brooks for his conclusions mostly took Brooks’ book to advocate the trusting of gut instinct at the expense of reason. That seemed a little obtuse to me. In the first video above, the panelists come off as pretentious academics overeager to attack an outsider. Ultimately, they seemed to be arguing against Gladwell (intuition should be trusted) and not Brooks (intuition and emotion are a part of how we logically ascribe value and must be appreciated).

Our intuitive mind arrives at conclusions that are full of unconscious biases. Sometimes it reveals the answer to a problem in the middle of the night, and that answer is as perfect as a piece of art. Other times it horribly misguides us (ask any financial service professional in 2008). I agree with Brooks’ conclusion that these intuitive processes are rich and powerful, and rational decision-making cannot take place without them. I am hesitant, though, to approach Gladwell in advising that we all need to trust our instincts more. Further research will show us that there are specific circumstances within which our intuition might be especially trustworthy, and other circumstances when we really have to remind ourselves to stop and think.