9 Strategies for Influencing Others

The Hay Group is a management consulting firm that does its own research into motivation strategies and produces self-assessment materials for students and clients. I recently took one of their assessments for an MBA class on leadership strategies. The assessment was called the “Influence Strategies Exercise,” and told me how much I rely on each of nine separate influencing strategies. Their workbook then went into detail on each strategy, and the context under which it would work. Here are the nine strategies:

1) “Empowerment: Making others feel valued by involving them in decision-making, and giving them recognition”

However often you solicit advice from others or have their input affect the process, you are empowering. You are also empowering when you ensure that others receive public recognition for their successes. This seems like both a soft approach and a no-brainer. Managers who neglect to publicly credit individual staff members for their successes are insecure and foolish.

There’s a more long-term payoff in fulfilled and grateful staff members than there is in temporary and fleeting credit for someone else’s work. And managers benefit over the long term from well-developed employees who have experience contributing to decisions.

But this strategy does not work all the time. It’s useless to solicit input from people who do not have the capability or experience to make useful contributions. And to solicit input without actually using it is disingenuous.

Also, you cannot “empower” people who are above you in the organization. It also does not lend itself to quick decisions, like in times of crisis. This strategy is a good long-term habit to get into, especially if you have capable colleagues or subordinates. Giving credit where credit is due is an especially good habit, and really costs you nothing.

[ Read: Social Validation and the Drive for Success (Opens in a separate tab)]

2) “Interpersonal Awareness: Identifying other people’s concerns and positioning one’s ideas to address them”

Like “Empowerment,” this is a listening exercise. Many times, concerns will not be vocalized, particularly if there’s not yet a degree of trust in the relationship. If you sell, a buyer might have concerns but may hesitate to vocalize them because they know you have a line ready to “defuse” their concern.

It takes a leap of faith for someone who has a concern to raise their hand and mention it, which is why this works better one-on-one than it does in groups. And it works less well in urgent or time-critical situations, or if the concern can’t reasonably be addressed. But if you can master the art of picking up on a vibe of latent discomfort and helping someone through it, you will be a true Jedi master.

[ Read: The Power of Charm (Opens in a separate tab)] 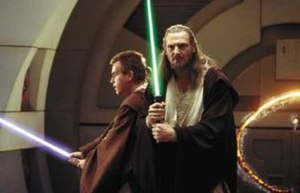 I’ve written before on the power of reciprocity. Bargaining is a more straightforward, overt application of the same principle. Bargaining takes seconds to understand, and decades to master. It’s the oil that greases any adversarial business or political relationship but works least well with people on your own team (unless you’re working out simple trade-offs like covering work hours). If it ever works out where someone feels they got the short end of the stick, it can breed resentment.

4) “Relationship Building: Taking the time to get to know others and maintain friendly communications”

Here’s my previous writing on likability, a related talent. I used to be jealous of high-level executives and account men who lived and died by their Rolodexes.

I know people who fashion themselves as wheeler-dealer executives and board members who actually have very little operational competence (or even interest). Yet they seem to coast through the business world on their contacts. But it’s because I don’t value it that I don’t have a similar network of my own.

Everybody should start focusing on this strategy, because it takes a long time to learn how to recognize valuable contacts, and even longer to build high-value relationships with them.

The highest value contacts are very busy people and associate with those from whom they can mutually benefit. Consequently, it’s harder to build the type of relationship that will result in support when you need it. It takes a long-term investment in time, consistent contact, and investment in emotional energy to take an interest in others.

5) “Organizational Awareness: Identifying key influencers and getting their support”

“Organizational awareness” is just a fancy way of saying “political savvy.” The reality of many organizations (especially large ones) is that decisions are made or heavily influenced by people other than the bearer of the appropriate title. Many people have to have certain others bought into an idea before they will buy into it.

For example, my company sells software to professors. The professors, however, do not purchase directly. They petition their department, which in turn works in conjunction with the IT staff. The department is sensitive to price, the IT staff to high-quality support. The professors themselves are oblivious to anything but their own needs. All three stakeholders will ultimately influence the buying decision.

So getting to the correct decision-maker(s) tends to be an art. The best sales reps are killer at feeling their way around an organization so as to convince the right people.

[ Read: The Social Animal (Opens in a separate tab)]

If you have a lot of personal credibility, and the organization produces an atmosphere of pride and high morale, you may be able to leverage these factors by demonstrating that your ideas are in line with the big picture.

Leaders who work from an exciting and inspiring vision can pass that excitement down through the ranks if the staff can make a connection between their function and the greater cause. But this strategy has its risks. If your organizational culture does not breed communal value, or if you do not have the rank and clout to connect with that value, you will fall absolutely flat.

[ Read: Motivation in the Workplace: Surprising New Science (Opens in a separate tab)]

7) “Impact Management: Choosing the most interesting, memorable or dramatic way to present ideas”

This is my personal favorite, though in my situation I don’t get the opportunity to take this strategy out for a spin nearly enough. It has a similar risk to the “vision” strategy above: it has a high “hack-factor” from overuse and misuse. It tends to be presentational or event-like in nature, and while it creates a good first impression, it works best on those you don’t know very well.

If your audience is very left-brained, concrete, or in any way detail-focused, you run the risk of being marginalized as all fizz and no gin. Also, and this is very important: most people think they are giving presentations of quality impact, when actually they stink. Only maybe one out of a hundred presentations is of sufficient quality to leverage this strategy, so be very honest with yourself about your skill.

[ Read: The Biggest Pitfall in Work Presentations, and How To Avoid It (Opens in a separate tab)]

8) “Logical Persuasion: Using logical reasons, expertise or data to convince and persuade others”

Aristotle famously thought that there should be no influencing strategies in civilized discourse other than logical appeal. Advertisers actually consider it to be the least effective appeal of all.

It is, of course, potentially very effective, but only in specific contexts: systematic comparison, formal business proposal, concrete/sequential audience, etc. But the best argument in the world cannot get its foot in the door of the Ol’ Boy’s Network. Don’t assume that logic will automatically win the day. People are human.

[ Read: The Stoics and the Epicureans (Opens in a separate tab)]

9) “Coercion: Using threats, reprimands or pressure to get others to do what you want”

I kiddingly tell people that this, and not “impact management” is my favorite strategy. If you have a boss that yells and throws fits, this is what’s going on. It doesn’t even have to be that dramatic; a poorly performing employee who is being given a reform ultimatum is technically being coerced. And in the short term, like in emergency situations, it works.

Also, this may just be part of the organizational culture. I saw a documentary once comparing U.S. submariners to their British counterparts, and the atmospheres on board the two submarines could not have been more different.

The British commanders were much more threatening, crass, and urgent in giving orders than were the relatively subdued Americans. No, I didn’t get that backward; the Americans were subdued compared to the British.

This strategy is not as useful over the long term and is not useful with knowledge workers who showed up to be valued for their ideas and input. It’s more useful with those who simply act in response to being told what to do.

My Top Recommendation for Further Reading

[Disclosure: This section contains affiliate links, which means if you make a purchase after clicking the link, I will earn a commission at no additional cost to you.]

I have read a lot of books on influence in order to provide commentary on these strategies. Most of those books, frankly, were wastes of time.

The topics of influence and psychology are home to lots of BS peddlers and regurgitators, which makes it hard to tell which are the truly seminal works.

If you want to really master strategies of influence, the book I keep coming back to is Robert Cialdini’s Influence. I ended up quoting this book so much, I had to write a 6-part blog article on his weapons of influence in order to properly digest the material.

Cialdini details six mechanisms of psychology that people can’t help but act on. If you want to get serious about understanding influence, this is the place to start. I hope you find it as indispensable as I do.