Enron: The Smartest Guys in the Room?

One of the most striking scenes in Bethany McLean and Peter Elkind’s Enron expose The Smartest Guys in the Room details the courtroom testimony of Kenneth Lay and Jeff Skilling during their criminal trial. You would expect that the people responsible for scandal that defrauded thousands of stockholders and pension plan investors to do their fair share of finger-pointing and legalistic arguing, but Lay and Skilling went further than that.

They seemed in a different reality altogether. It was though they actually still believed, even after the bankruptcy, that Enron was a fundamentally healthy company that was the victim of bad luck, a fickle press and the vindictiveness of Wall Street analysts. Far from trying to obfuscate and spin their criminal behavior, they seemed to believe — actually believe in their hearts — that they had done nothing wrong.

Now, Skilling and Lay never raised an insanity defense; they never contested the notion that they knew exactly what they were doing. They simply never saw any wrongfulness in their actions. Those actions involved hiding billions of dollars of debt from their balance sheet (The Enron SPE’s), personally profiting ownership stakes in Enron business partner companies (Again, the SPE’s), and lying  to stockholders about the very nature of their business (maintaining a facade as a “logistics” company while making most of its profits from energy future speculation).

Much of this denial of the belief of wrongdoing is reminiscent of the banking crash of 2008. Defendants seemed to believe in their hearts not only that they were following the law, but that they were in fact innovating new financial markets. The blindness to the big picture corruption of the sub-prime mortgage market and the disguising of bad debt is eerily reminiscent. In fact, some of the very vehicles that Enron used to hide its debt from shareholders (off-balance-sheet SPE’s) factored heavily into the 2008 banking crisis.

I’m not interested in the moral question of what makes us elect unethical behavior. From this writer’s perspective, men are apes with iPhones. But I am interested in what goes on in our brain to make us believe we are acting ethically when in fact we are grossly transgressing boundaries that would be clear to any reasonable man.

If I Do It, I Must Do It Again

First, we can point to a Cialdini “Weapon of Influence” that we’ve discussed in a previous post called Commitment and Consistency. This is a documented tendency to behave consistently with the choices that one has already made; the idea that, if you’ve taken a small step in a certain direction, you will keep taking steps in that same direction. It’s the reason that comb-overs happen.

So let’s say that you’re in charge of a large energy company with its own future trading desk. The initial purpose of that desk is to help customers hedge against energy price changes. You’re not making speculations of your own, you’re simply matching up people who want to speculate one way with people who want to speculate the other way. In that matching-up activity, you are a logistics company. You are one hundred percent risk-free because you’re simply putting different risk-takers together. You are free to tell your shareholders that you are a simple, safe logistics company.

Now let’s say that, through a combination of Wall Street expectations and unprofitable, cash-sucking ventures, this trading desk operates under a lot of pressure to make money. So they start to trade on their own behalf, no longer matching up price hedgers but instead actively speculating. But it only happens once in a while, and maybe you as the executive either don’t know or don’t want to know about it. In your mind, your identity is that of a logistics company. You’ve stated that idea publicly. So even if that reality is steadily eroding just like your receding hairline, you will still tend to believe and act as if the old reality were still true.

This is only the beginning. In a recent NPR story called The Psychology of Fraud, Chana Joffe-Walt and Alix Spiegel describe an emerging psychological concept called “bounded ethicality” which is “the notion that cognitively, our ability to behave ethically is seriously limited, because we don’t always see the ethical big picture.” Cognitive biases can fool us into thinking, depending on how an issue is framed, that one is not even facing a moral or ethical dilemma.

The story cites an experiment by Ann Tenbrunsel, a Notre Dame psychologist who studies ethical behavior. In the experiment, she primed two groups of individuals into a decision-making frame. One group was mentally prepared to make a business decision, and the other group was mentally prepared to make a moral decision. Both groups were then asked to conduct an unrelated exercise, and during that exercise were given the opportunity to cheat at it. The business-primed group was dramatically more likely to cheat. This was true regardless of background and upbringing.

The authors explain, “the business frame cognitively activates one set of goals — to be competent, to be successful; the ethics frame triggers other goals. And once you’re in, say, a business frame, you become really focused on meeting those goals, and other goals can completely fade from view.”

I’m Doing This Because I Care 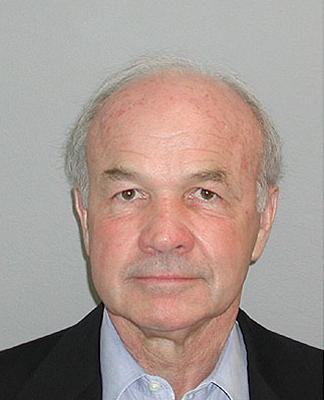 This NPR article goes on to make some similar points, one of which is particularly fascinating: many times we make unethical decisions because we care and we want to help people. The article uses the example of car emissions testers who give a pass to cars that failed the test. No money changed hands, the tester simply felt empathy for the hardship of the car owner. This empathy is not evenly distributed; owners of luxury cars were obviously not anywhere near as likely to benefit from a sympathetic pass as owners of cheap compact cars.

Kenneth Lay, the late head of Enron, was known to his friends and family as a particularly kind and God-fearing man. Those who knew him best were mystified that a man of his generosity could be at the center of any kind of corporate scandal. He was a non-confrontational, go-along-to-get-along man who paid his talent generously and worked for the benefit of his elite Houston community. That very disposition–wanting to support colleagues, please Wall Street and do business with his friends–may have actually pushed him further towards rather than away from his monumental ethical lapses.

In its epilogue, The Smartest Guys in the Room makes the final point that those at the center of the scandal had a fundamentally narrow and legalistic view of ethics. If a methodology is legally available to you, Skilling and his acolytes reasoned, than any wielding of that methodology, no matter the consequences, is simply the proper working of the free market which is the same thing as morality.

Do these kinds of cognitive biases morally excuse the activities of Enron? Of course not. We study cognitive biases so that we can guard against our own blind spots. A reasonable man looks at an accounting technique like Mark to Market Accounting and says, “If I’m allowed to book future contract value as present-day revenue, I need to be very careful because it’s hard to guess what that contract might be worth 20 years from now.” He guards against his own weaknesses in reasoning. A man like Jeff Skilling looks at the same technique as asks, “How can I be clever with this?”