In part one of this six-part article, I spoke about Dr. Robert Cialdini’s six “weapons of influence.” They were Reciprocity, Commitment and Consistency, Social Proof, Liking, Authority and Scarcity. Now in part two, we are going to talk about the most fascinating influence-trigger out of the six.

People will tend to behave consistently with choices they’ve already made, even very small choices. If I can get you to commit to something small (e.g. wearing an awareness ribbon, signing a petition, seeing yourself as a certain “type” of person), then you will be more likely to commit to bigger actions (e.g. giving time or money) later on.

For example, if at the beginning of an evening of drinking, I can get you to acknowledge that you’re a “trouble-maker,” then you will be increasingly likely to be dancing on the bar before the evening is over.

Here’s a quote from Strategy Insight, wherein they summarize one of Cialdini’s stories about Commitment and Consistency: 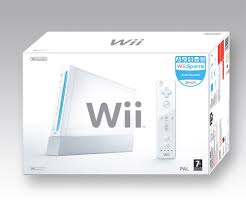 “Oh I’m sorry, we’re sold out. You can purchase something else now, and I’m sure this will be available for purchase shortly…”

…Cialdini discusses how toy stores use consistency and commitment to get us into their stores in January– after the holiday rush and massive toy shopping has just finished.

It’s really quite simple. A toy gets heavily advertised. Your child is excited by it and approaches you about buying it for the holidays. After some consideration, you agree and make the commitment to buy it. When you get to the store, you discover the toy is out of stock. You may check out other stores and then discover that it simply is not available.

What should you do?

You buy other toy(s) to compensate and apologize to your child.

Miraculously, in January, a fresh shipment of these toys arrive. Your child or you notices – and then consistency kicks in. Off you go to buy the toy… The toy stores have thereby leveraged your commitment to yourself and your child as well as your need for consistency to get you back to shopping. (Think beanie babies, cabbage patch kids or more recently, the Wii)

In addition to Strategy Insight, here are a few more articles that talk about commitment and consistency:

Wide Moat Investing talks about walking away from bad investments, and recounts Cialdini’s story about how the Chinese would influence POWs during WWII.

Customer Innovations looks at the psychology of irrational escalation.

Once you have committed to a purchase, an action, a stance, a ball team, or anything like that, it becomes a piece of your identity and you will tend to act in a manner that reinforces that choice.

There’s another story Cialdini tells about an experiment where a group of people were given a cancer awareness button and asked to wear it for a week. Most all thought it was a harmless request, and complied. Some time later, these same people were asked to give a donation to help fight cancer. Not surprisingly, this group of people donated much more money than did the control group. Why? Because in wearing the button for a week, cancer-fighting had now become a small piece of their identity. They were now more likely to behave as a cancer-fighter would.

Part of Who I Am

In a recent post entitled “The Dream,” I talk about people’s secret ideals and the power of psychological identification. We try very hard to associate ourselves with those things we believe will help us realize our ideal “dream” and bring us to the pinnacle of status. Once we see something as part of our personality (e.g. getting our kid what s/he wants, being active against cancer, being fun at parties, etc.), we will be willing to commit more and more so that we act consistently with that aspect of our personality.

There is enormous pressure to act in a generally consistent manner, both from ourselves and from society. Look how we view politicians who display situational ethics. “Wafflers!” “Flip-floppers!”

“Commitment and consistency” is an incredibly effective sales technique. This is how all pledge drives work, for example. The subtext behind what NPR is really saying to you is, “You’re one of us. You’re an NPR listener. By listening to our station, you’ve committed to being an ‘NPR person.’ How much can we put you down for?”

Amway does not market itself as a group of people who annoy their friends and loved ones to death by hocking cheap goods. They market themselves as a business franchise for the “intelligent” business owner. Anyone listening to a presentation has already made a commitment (accepting an invitation to dinner, attending a seminar, etc.) and the message they receive is: “You’ve already taken the first step, in listening to what I have to say. That shows you’re an intelligent person. Why don’t you come do what the rest of us intelligent business franchise owners are doing?”

Any marketing technique that requires the customer to take some small action, takes advantage of commitment and consistency. This is how free live demonstrations and webinars work. The customer hasn’t necessarily received any free value, but they have committed the time to take something for a spin, implicitly deciding that it may be worth their time.

Now, smart marketers and salespeople know that you can’t go right from a tiny initial commitment to an immediate big sale. Otherwise you’d have every fool and their brother taking test drives of the $80,000 BMW, and having no problem backing away from an actual purchase. You have to get them to commit time, in steps, little by little.

“Well, we’d love to have you test drive this $80,000 BMW! That’s what we’re here for. We just ask that you fill out a little bit of paperwork first. They’re going to run a quick credit check while we’re out driving. It’s just to use your time most efficiently.”

“Which Tie Will You Throw In For Free?”

Every Texas Hold ’em player knows the more you commit to something in time, money, effort, or identity, the harder it is to keep from committing further. This is also how negotiations work. I cited Herb Cohen in my previous post about the weapon of “Reciprocity,” and he tells another great story about a man who goes shopping for an expensive suit, gets it all measured, gets the department store manager and resident tailor to invest a lot of time in the purchase, and then he asks, “By the way, how many neckties are you going to throw in for free?” Classic.

Actors should understand this rule as well. Characters, particularly in tragedies, are notorious for taking a stand about something and getting in over their heads. In fact, the whole notion of drama is based on the fact that characters are committed to an outcome, and they get to where they can’t back away from their initial stance even though the situation is unraveling around them because they’ve got too much skin in the game.

In the episodes leading up to the recent series finale of the show 24, we see President Taylor’s character act in a way that is increasingly out-of-character, and it’s because she committed to former president Logan’s strategy. First it was merely by accepting his help, which came seemingly cheap. But then the situation unraveled and she couldn’t walk it back. She had made the commitment and had to follow the path.

When analyzing a scene, and trying to figure out why a character is doing what he’s doing, a very plausible answer could be, “Well, he did something smaller along these lines earlier, and that committed him to a path. He’s now compelled to act consistent with that, even though it’s against his logical interest.”

Please leave some comments on this. Have you ever had the stomach-turning experience of giving up something merely because of the consistency principle?